During the process of planting and growing the six plots for biodiversity, there were several observations made regarding the viability of such practices in an efficient farming system. Observations were made weekly and compared to each cooperating producer’s thoughts and experience. The overall observations were focused around planting preparation, germination, stand coverage of soil, heat/drought tolerance, flowering period, and beneficial and pest insect prevalence.

A rating was given to each planting site to represent the observed stand coverage throughout the season. Based on this year’s plots, the shallow-tilled soil in low land produced the quickest and most consistent coverage to reduce soil erosion, suppress weeds, and provide habitat. 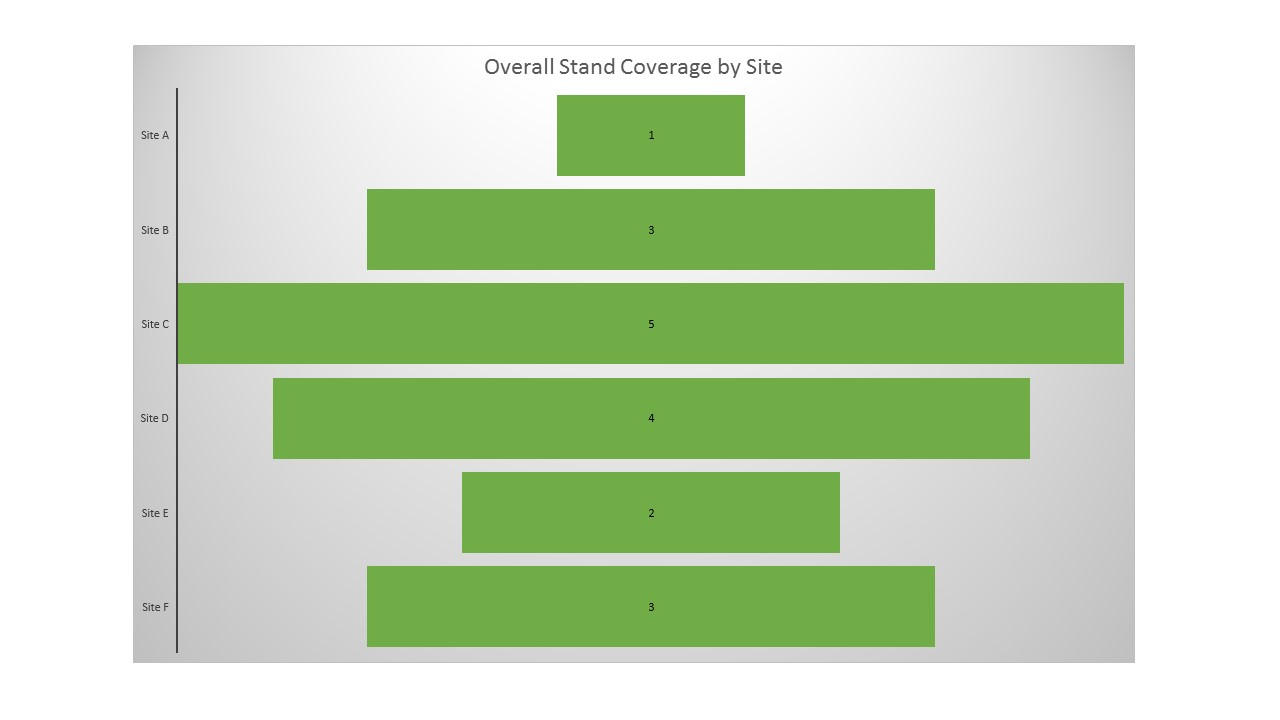 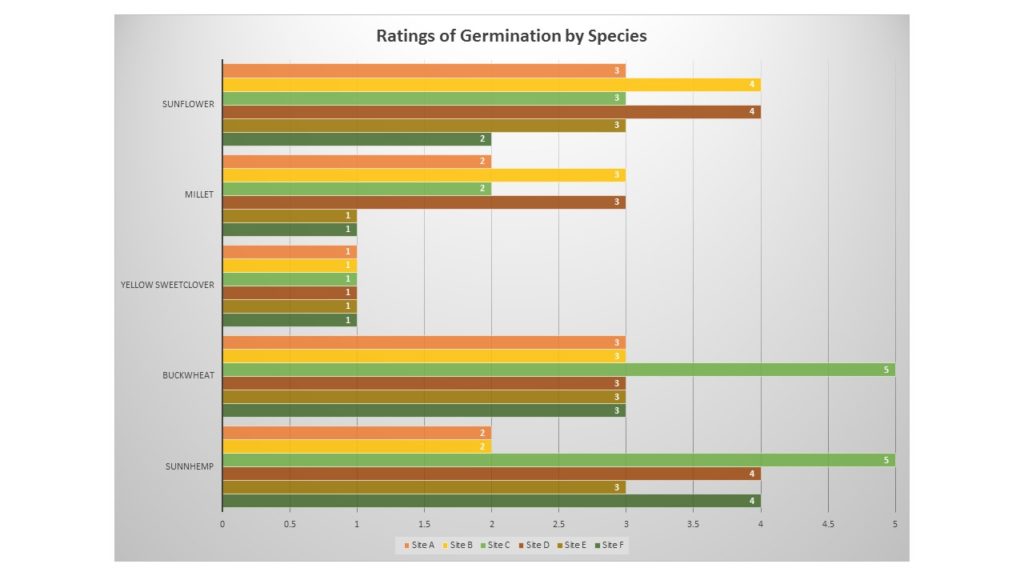 The following chart illustrates an overall rating of heat and drought tolerance of all six plots. The Site C was most drought resistant, however it was in bottom-land. Consistently, Sunn Hemp proved in this study to be the most drought tolerant. In two of the plots with the most sparse germination and stunted growth due to drought, the Sunn Hemp was found to outnumber all other species by 60%. Buckwheat was quick to stunt and prematurely flower in the dry conditions. 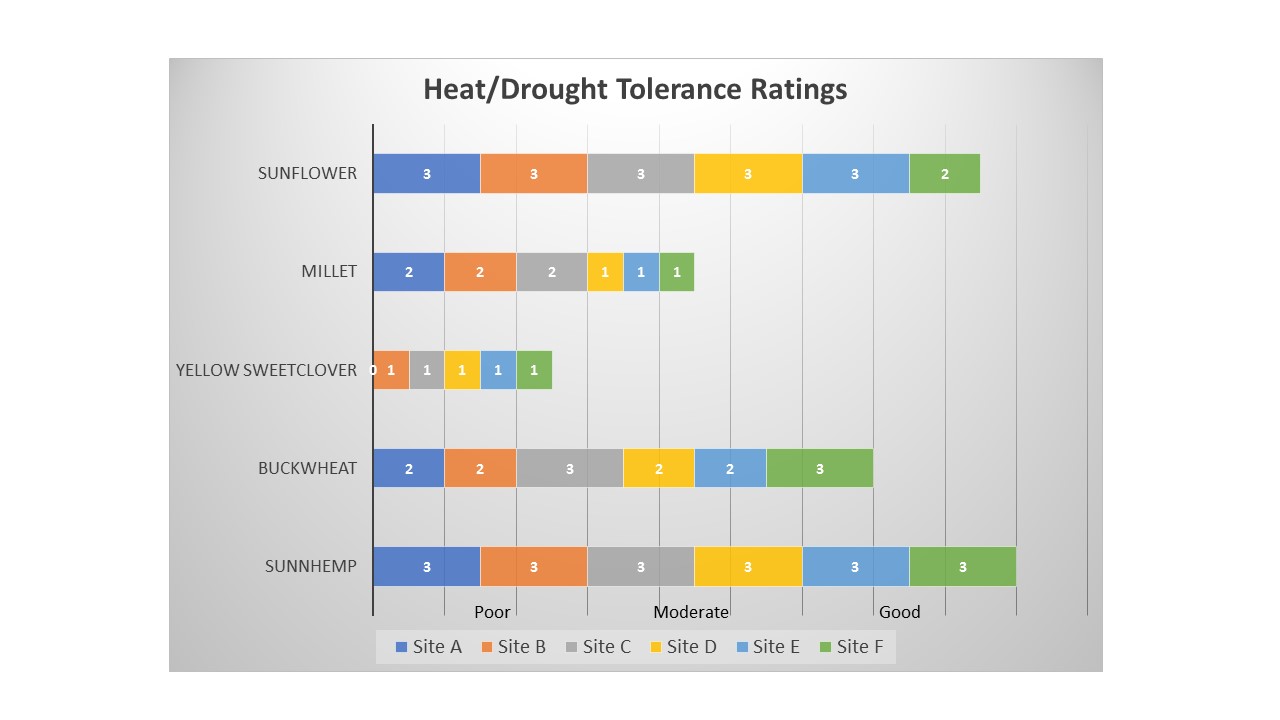 Ratings 1-5 for each species based on drought and heat tolerances observed across all six plots.

A major objective of this type of planting is to have a succession of long-standing flowers for pollinator insects. Each species was charted and the sum averaged across all sites to determine the duration of flowering. Sunn Hemp flowered the longest, but was also the last to flower, standing and flowering until frost. Buckwheat was the first to flower across all six sites, but is fairly short-lived. Millet produced a small window of flowering of just about a week. Yellow Sweet Clover was a complete loss due to drought and heat. 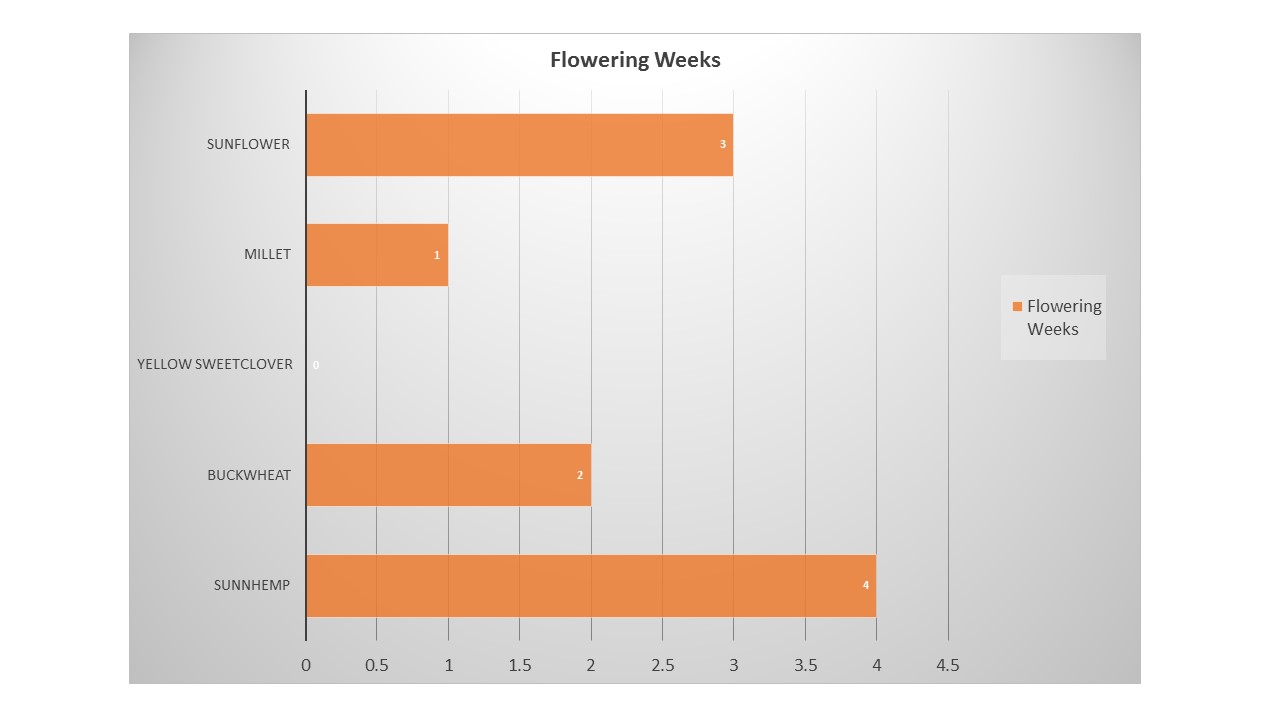 Random observations and photos were taken of the plots during the growing season to record prevalence of beneficial insects and pest. Care was not taken to distinguish each species of insect, but a general rating was made at each visit to the plots. A black beat cloth (36”x28”) was used to make a quick rating of easily identified insects on the project plants. 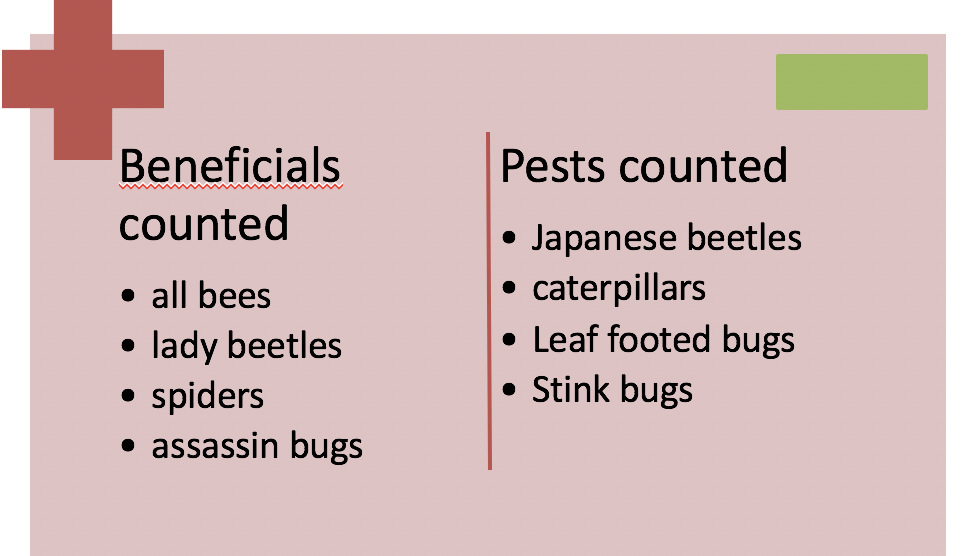 List of beneficial and pest insects used to quantify and rate insect prevalence.

It was observed that Buckwheat had a higher count of pollinators and parasitic insects. In one of the video shots, the sound of honeybees made it difficult to record quality sound. Sunn Hemp maintained a high frequency of beneficial insects and pests. 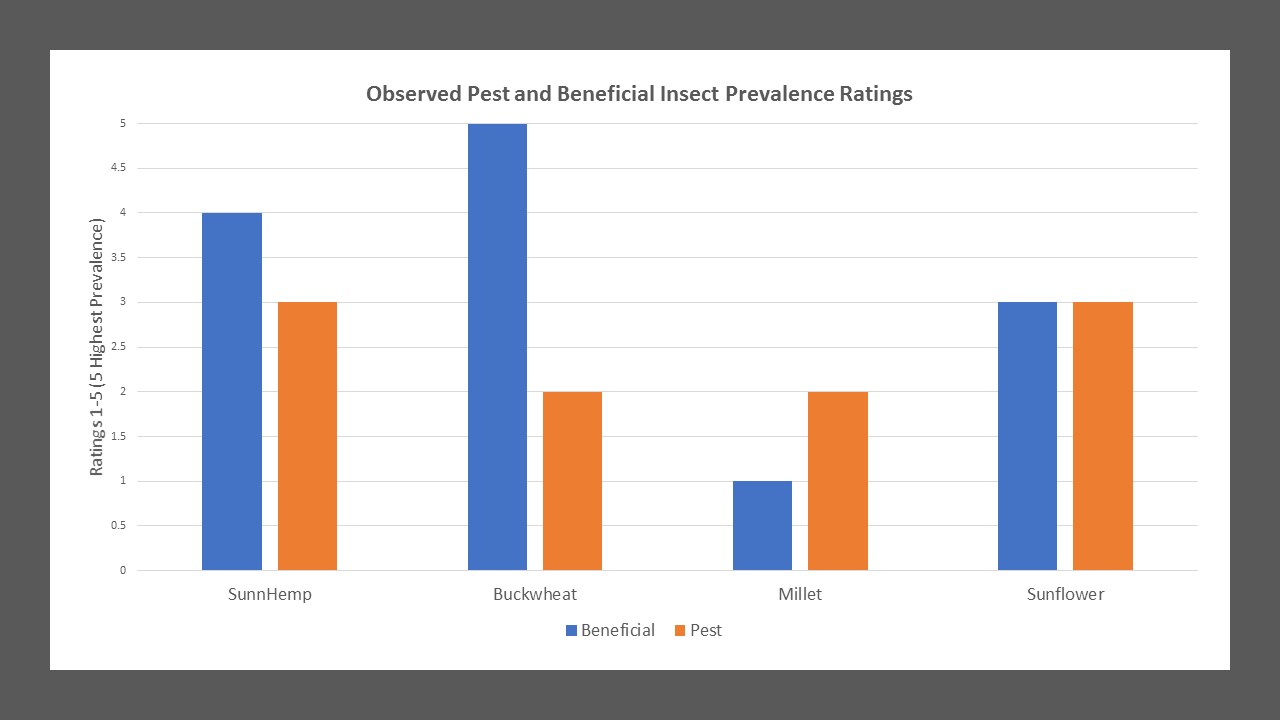 Insect prevalence was rated on a scale of 1-5 (5 being greatest prevalence) for each species planted.

The following table details the type of site and soil preparation of each plot. All no-till sites had considerable layer of residue.

Soil Preparation for Each Site

We also have a few other email lists you can subscribe to.